April 8, 2021 - Move a Tested Specimen to Another Set in the Sample

If you need to pull a specimen for an early break, you can easily move it to a different set after the test is completed.

Many times you get a call from a project engineer who needs an early strength test - and needs it NOW! So, you pull a seven-day specimen and test it at three days while the engineer is on the phone. You provide the results and hang up.  Now you've got a three-day result for a specimen that was originally designated as seven-day specimen. With this new feature, you can easily move the tested specimen into a three-day set so that the final report matches what was done.

Since test results are locked in ForneyVault, you would typically move a specimen before testing it. However, as described in the scenario above, you don't always have time to manage the data prior to completing a test. Now you can move a specimen after the test. The results are still locked, and you can only move a specimen to a different set within the same sample.  To do so, simply drill down to the specimen in question, select a new set, and click Save. 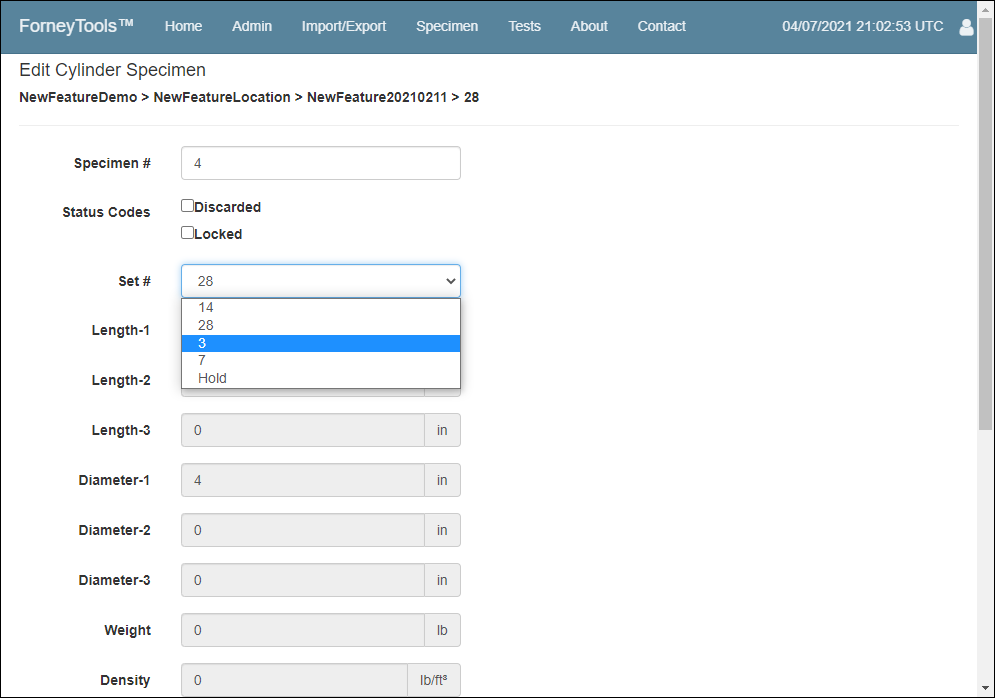